Our planned meeting in Aldeburgh on Saturday 5th September 2020 had to be postponed because of the Covid-19 emergency. To comply with our legal requirements as an educational charity we convened a 2020 AGM at noon on the 28th November as a mechanism by which we could transact the Ordinary Business of the Society at the home of the Chairman.

AGM papers including the Annual Report of the Trustees and Financial Statements for the year ended 30th April 2020, were sent out to all Members between 21st and 26th of October to comply with the three-week notice period required. Papers included a Form of Proxy by which we could re-appoint Trustees as Directors of the Company. Proxies could either be returned by post or as email attachments to the Chairman by Friday 27th November 2020.

(1) By due date, 81 Form of Proxy voting papers were returned (67 by post and 14 electronically). Apart from Trustees seeking re-election and choosing to abstain from voting ’For’ themselves; all votes cast were in favour of the re-appointment of Ann Davidson, Tim Graham, Neal Houghton, Jeff Lucas and Patrick Mulcare as Directors of The Company.
(2) No formal questions were submitted relating to the Ordinary business or Trustee activity reports; one observation of the process by which new Trustees were to be re-appointed was raised and answered.
(3) By virtue of the appointment of Ann Davidson as Treasurer, Michael Fowle will stand down as Trustee and Treasurer forthwith. Michael is one of the ‘Founding Fathers’ of the Society. A Member since the 1980’s, Treasurer since 1996 and a Trustee since incorporation in 2001, he has been a constant source of advice and guidance. He was the driving force behind the Society’s application to become a charity, determined to counter the Charity Commission’s reservations most vigorously, and ultimately achieving his goal. His dulcet tones will be much missed at the Board and as a token of our appreciation Michael will be recommended for honorary membership at the Board Meeting on the 12th of December. On behalf of all Members and Trustees we thank him for his outstanding contribution to the success of The Society and we hope to continue to see him at future meetings.
(4) A number of Members added postscripts to their Form of Proxy or enclosed a message thanking PCS for The Companion which was roundly praised for its quality and the joy it brought to so many members in these difficult times; thanks again to Tim and James for their efforts. 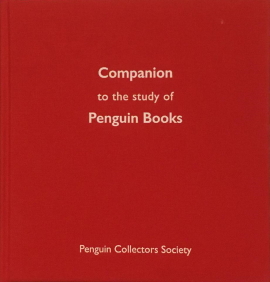