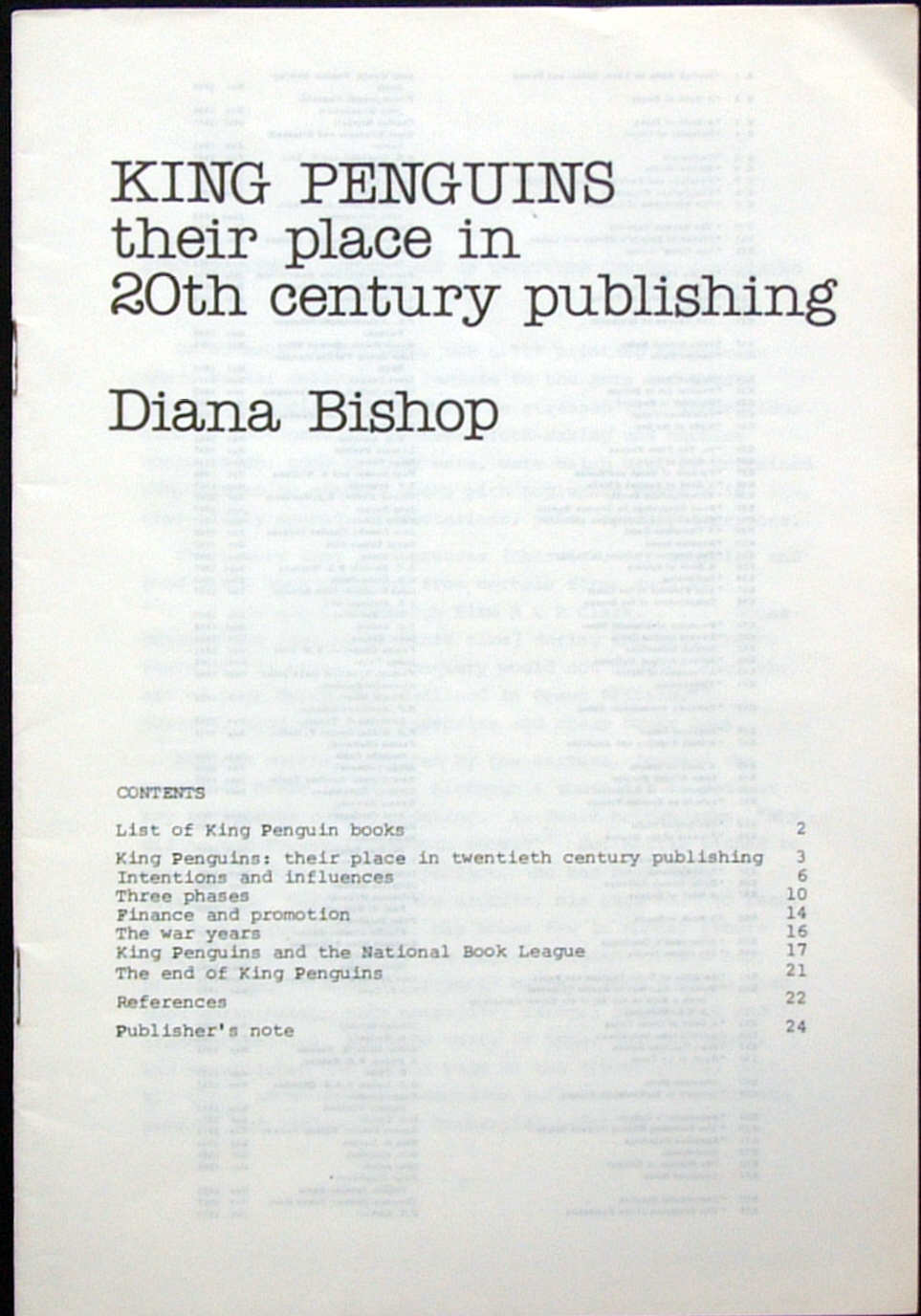 A useful look at King Penguins which, as well as including a series list, considers the following topics:
There is also a reference section and Publisher's note.

Not available for purchase.